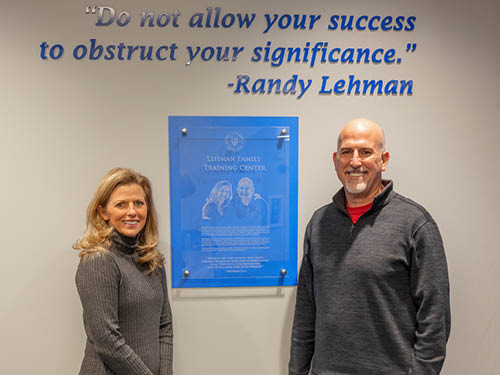 The Lehman Family Training Center is named in honor of Randy and Deb Lehman, who have been faithful supporters of Bethel University since 1985.