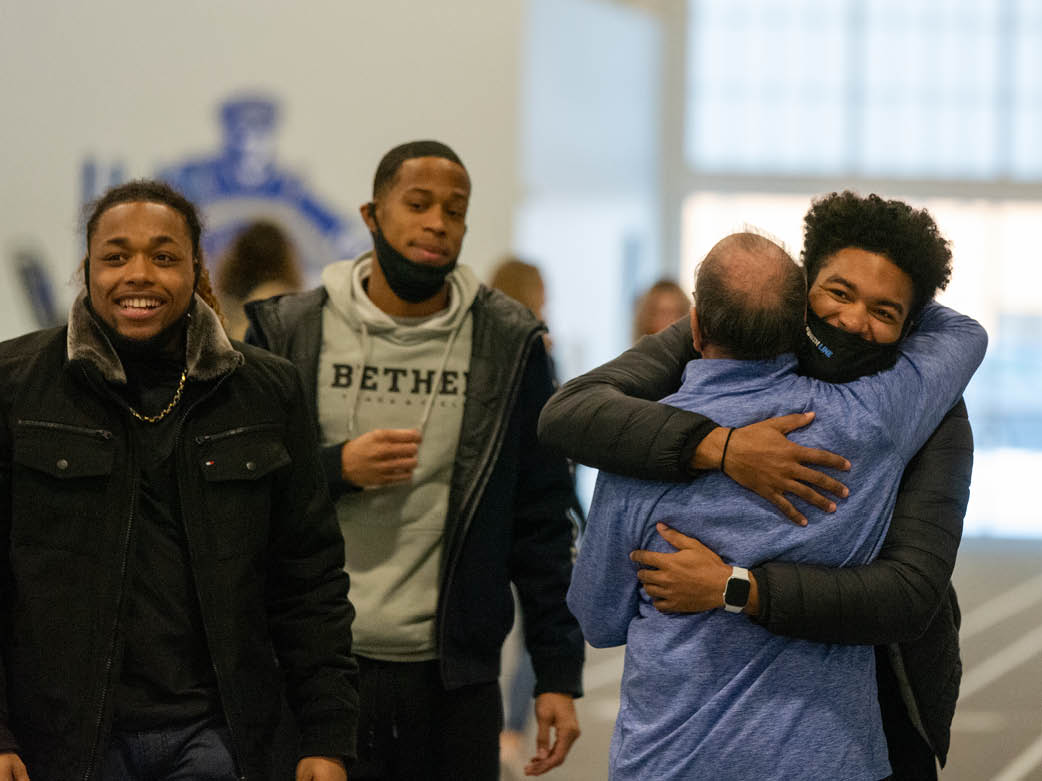 “[It was] unreal. My excitement was through the roof!” - Richard Corbet (at left), junior International Business major and sprinter.