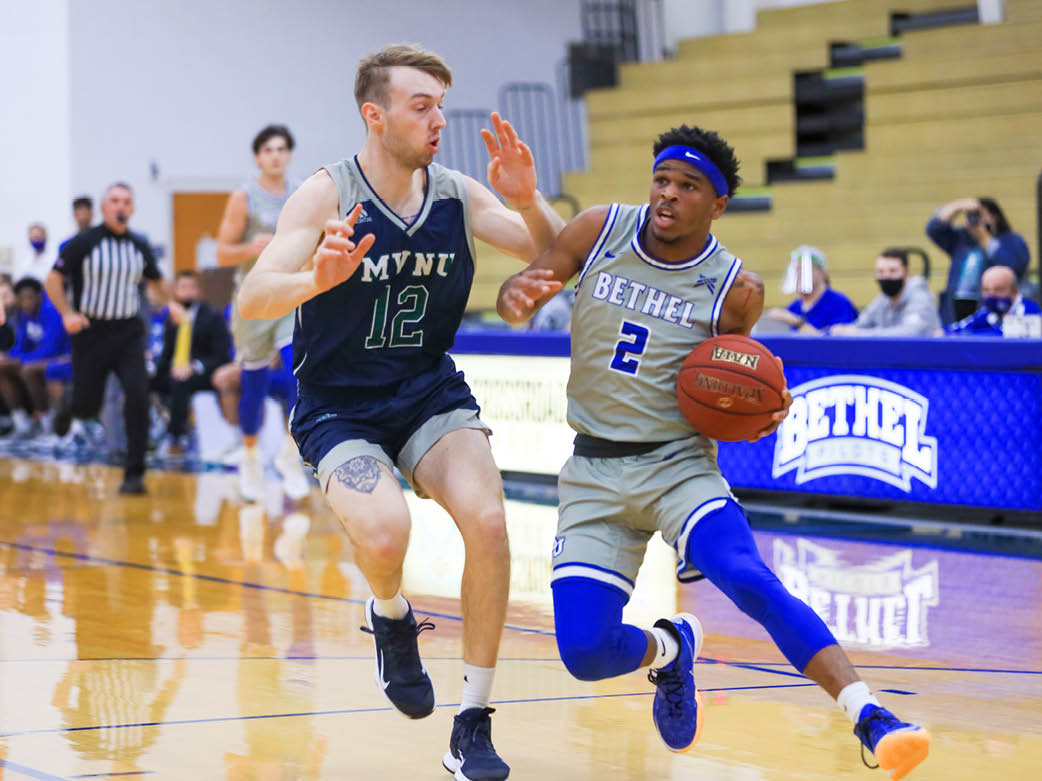 Men’s Basketball
TreVion Crews (SR) broke the program record for single season scoring average (24.6/gm) and led the No. 21 Pilots to a NAIA National Championship Quarterfinals appearance with three straight postseason wins over teams ranked in the top 17, including No. 1 Indiana Wesleyan University. He was named the NCCAA National Player of the Year and an NAIA First Team All-American for the 23-11 Pilots.

Women’s Basketball
Kelsey Brickner (SR) finished her career in the top 10 in career scoring in program history, while Jessica Erwin (SR) reached the 1,000 point plateau for her career as well. Brickner was named All-Crossroads League Second Team for her efforts for the 5-19 Pilots.

Men’s Bowling
Myles Moser (SO) led the Pilots in their second season of competition with a 189 average. He was named a Wolverine-Hoosier Athletic Conference (WHAC) Champion of Character as the No. 20 Pilots finished in 11th place at the WHAC Championship.

Women’s Bowling
Lauren Jackson (SO) and Erika Toops (FR) each earned All-Tournament Team honors during the season in leading the #RV Pilots in their second season of competition to an 11th place finish at the WHAC Championship.

Competitive Cheer
The Pilots earned their first competition win and finished with three scores in the top 10 in program history during the season. They finished fourth at the inaugural Crossroads League Championship to culminate the season.

Men’s Swimming
The No. 10 Pilots set 19 program records over the course of the season and finished fourth at the Kansas Collegiate Athletic Conference (KCAC) Championship in February. Despite having the NAIA Championship cancelled due to COVID-19, the Pilots were due to be represented well with numerous qualifying events.

Women’s Swimming
The No. 9 Pilots set 13 program records over the course of the season and finished fourth at the KCAC Championship in February, including junior Paula Ronda Bou’s KCAC Championship performance in the 200 Fly. Despite having the NAIA Championship cancelled due to COVID-19, the Pilots were due to be represented well with numerous qualifying events.

Men’s Indoor Track & Field
The Pilots finished runners-up at the Crossroads League Championship and sent four athletes to compete at the NAIA National Championship. Thomas Jackson (SR) won the program’s 10th individual national title with a top performance in the Long Jump. Despite having the NCCAA Championship cancelled due to COVID-19, the Pilots were set to be in contention for a title.

Women’s Indoor Track & Field
The No. 23 Pilots won the track and field program’s 10th Crossroads League Championship (first for women’s indoor) and sent four athletes to compete at the NAIA National Championship. The Pilots came away with six NAIA All-Americans, including three award-worthy performances by Emma Mott (SR). Despite having the NCCAA Championship cancelled due to COVID-19, the Pilots were set to be in contention for a title.

Baseball
The Pilots return six of their starting defense and their top two starting pitchers from a team that went 19-7 a season ago. The Pilots will need strong performances from Justin Rasmussen (SR, 6-1, 2.56 ERA) and Kory Goodrich (SR, 5-1, 3.43 ERA) on the mound and continued production from the top of the lineup to make a push up the Crossroads League hierarchy.

Men’s Golf
Jared Faber (FR) introduced himself with an NCCAA North Central All-Region nod in two tournaments in the fall, helping the Pilots to two top-three finishes, and looks to lead the Pilots in three tournaments before the Crossroads League Championship this season, atop the Pilots’ lineup.

Women’s Lacrosse
A promising season was cut short a year ago for the Pilots, who look to take the next step in the ever-dangerous Wolverine-Hoosier Athletic Conference (WHAC). The Pilots will face four top-10 teams on their schedule this spring and will look to the leadership of seniors Sarah Konecny (11 goals, 10 assists) and Becca Broadwick (14 goals, 2 assists) to guide the team.

Softball
The Pilots return all but one starter from a team that was ready to turn the corner before COVID-19 shut down the season. They will look to continue their momentum into 2021. Mahri Younger (SR) led the team with a .300 average and will set the table atop the lineup, while Haley Ragonesi (SO) provides a pop in the middle of the lineup, leading the team in extra-base hits a season ago.

Men’s Tennis
An influx of newcomers gives the Pilots reason to be excited entering the spring. Despite going 2-8 in the fall, the Pilots are counting on freshmen in four of the nine spots in the lineup, as No. 1 singles Kurtis Davis (FR) has looked the part at the top of the lineup for the Pilots.

Women’s Tennis
The Pilots are looking for a strong spring season to put them in contention for an NCCAA postseason opportunity. All-Crossroads League performer Grace Haley (SR), on the verge of entering top 10 in program history in career wins, leads the Pilots in her final go-round.

Women’s Outdoor Track & Field
The reigning NCCAA National Champions return a strong contingent ready to retain their status at the national level, led by Emma Mott (SR), Kayla Kunkel (JR), Michelle Moraitis (JR), Emily Roth (SR), and others. After winning the Crossroads League Indoor Championship in the winter, the Pilots will be looking for the sweep for the first time in program history with their seventh outdoor league championship.