Although Homer Drew didn’t make it back to Bethel University for “A Night With Homer Drew,’’ the former head basketball coach of the Pilots made his presence felt as best he could.

With a family member diagnosed with COVID-19 a few days before the scheduled Sept. 14 trip back to Mishawaka, Bethel and Drew did a very 2021 alternative. They set up a Zoom meeting with former players, friends and coaches, while Drew kept everyone safe by staying at his home in Arizona.

“I’m very disappointed to not be there with all of you, but I’m definitely glad to see you,’’ Drew said.

Drew was the head men’s basketball coach at Bethel from 1976 until 1987, winning 262 games and leading the Pilots to the NCCAA national title game in the spring of 1981. He never had a losing season as Bethel’s head coach.

Drew left Bethel to coach at IUSB for a year, before going on to become a national legend at Valparaiso University. He was inducted into the National Basketball collegiate Hall of Fame in 2019.

One of the former players to honor Drew was Mike Lightfoot ’78, Drew’s successor at Bethel, who would lead the Pilots to seven national championships, including three in the NAIA. Lightfoot, a member of Drew’s first team at Bethel, was instrumental in helping bring Drew back for the evening.

When former Bethel president Steve Cramer ’75, Ph.D., who was the master of ceremonies for the evening, spoke about watching some of Drew’s first Bethel teams play, the former coach deflected the words to his former players.

“All I have to do is look around the room at my former players for our success,’’ Drew said. “They made my job easy … they’re the ones that deserve all the accolades for what we were able to accomplish.”

Drew also spoke about how his Bethel players became an extension of his family, which includes sons Scott and Bryce and daughter Dana.

Proceeds from the evening went to renovate and refresh the wellness and fitness space in Goodman Gymnasium. Please join the effort by making a gift at BethelUniversity.edu/Give and designating your gift toward “Goodman Renovation.”

An Evening with Homer Drew 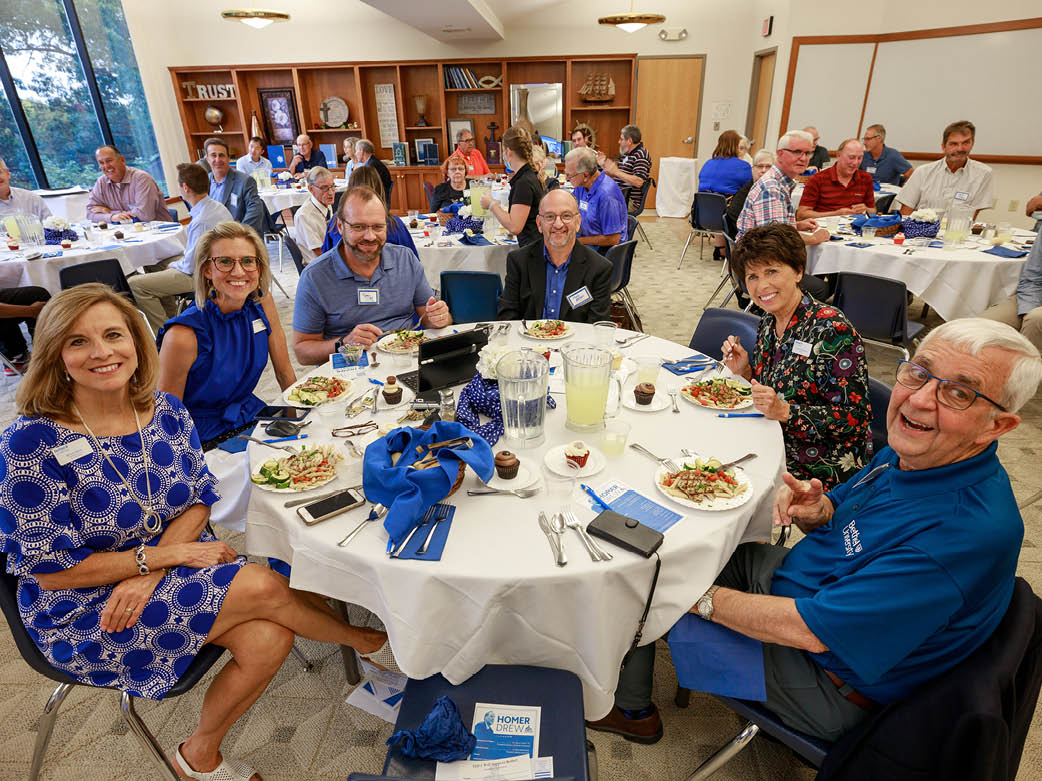