This year was the 20th anniversary of Operatic Irregulars. Rob Rhein, D.M.A., associate professor of music at Bethel University, is the creator and mastermind behind the annual event. Instead of a large production, Rhein focuses on chamber operas, which are smaller and shorter than normal operas.

“It was my idea 20 years ago and there was nothing like it that existed,” Rhein says.

Rhein plays the piano while students sing the whole play through, like a musical, but there is no dialogue. The productions are not audition-based, but rather by invitation from Rhein. He selects the operas and students who might be interested simultaneously.

“It’s kind of a puzzle for me,” Rhein says. “The students don’t get credit for it. It’s an extra little activity.”

The annual event happens the weekend after Labor Day. This year’s performances were Sept. 10 and 11 in the Everest-Rohrer Auditorium.

To celebrate two decades, Rhein invited alumni to participate in the show. Only two of this year’s performers were current Bethel students. The rest were alumni – some returning after more than a decade.

The performances generally consist of two to three shows, spanning 20 to 30 minutes in length and feature a small cast, some having only two singers. But for this year’s performance, 21 alumni from the last 20 years returned to perform scenes from nine operas.

“I have been delighted with the response from students over the years,” Rhein said. “Some have gone on to get major opera experience . . . [and] I can say, ‘Well, they got their first opera experience in miniature at Bethel in Operatic Irregulars.’”

Sadie Seward ’23, is a Communications major and a writer on the staff of Bethel’s student newspaper, The Beacon. This story was adapted from a story published in The Beacon.

A Reunion and Retrospective
Twenty-one alumni from the last 20 years returned to perform scenes from nine operas.

“I thoroughly enjoyed performing in La Canterina in college and have loved returning as an assistant director … It’s been a delight to work with the students and assist Rob.” – Sarah Leigh Beason ’16

“I sang with (and consequently fell for) Jimmy Bennett ’15 for the first time during our first Operatic Irregulars production together, ‘Così fan tutte.’ By the time we performed opposite one another in our second, ‘The Marriage of Figaro,’ we were engaged. Thanks, Rob!” – Katie Bennett ‘13

For tickets and more information about upcoming performances, visit BethelUniversity.edu/Tickets. 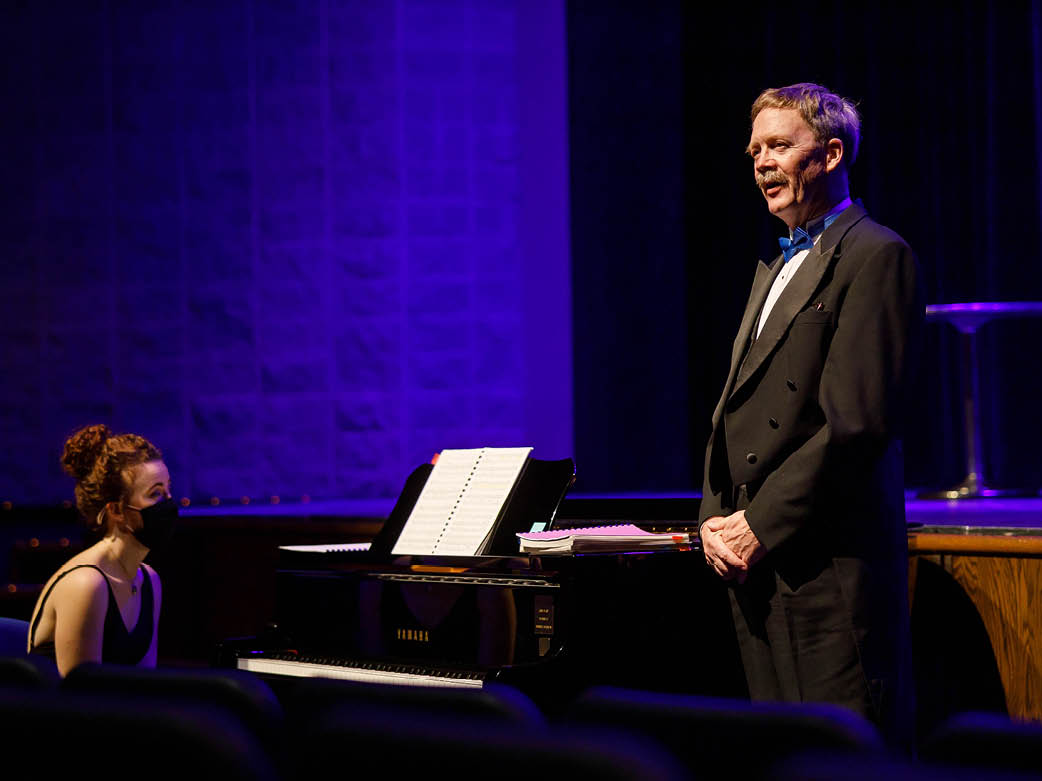