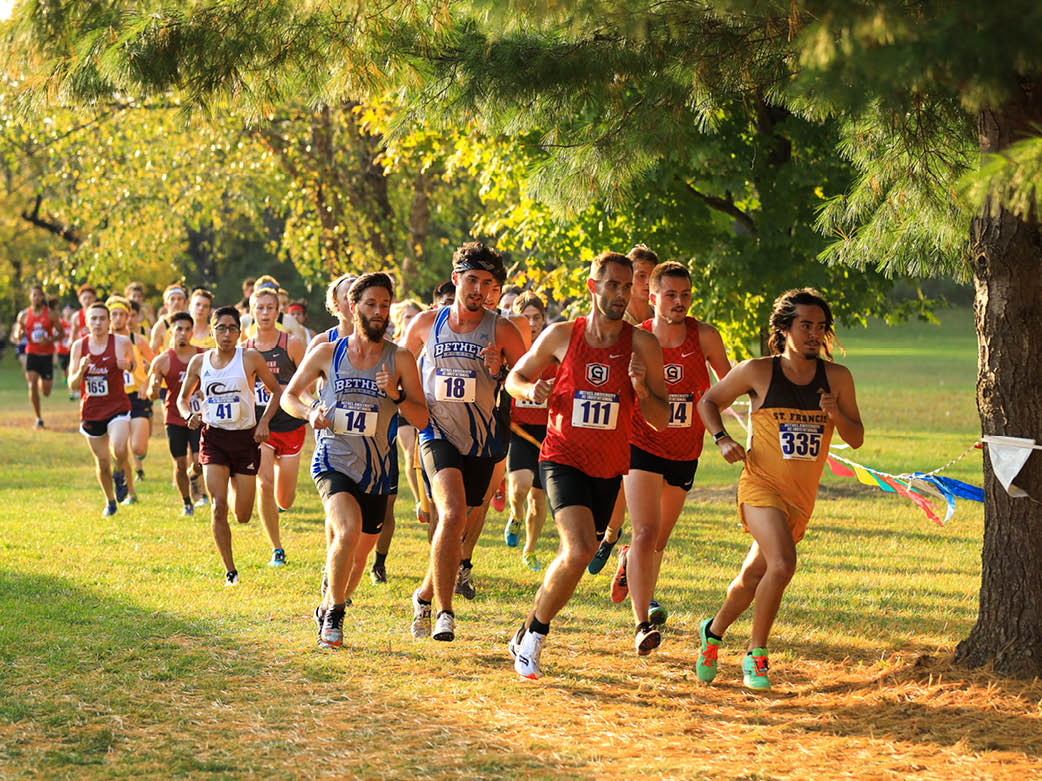 Men’s Cross Country
The men return six of their top seven runners from a season ago and get an infusion with a quartet of quality newcomers as they look to improve upon their NCCAA runner-up finish last season. All-Americans Jacob Ropp (JR), Trevor Miller (SR), and Jordan Shoemaker (JR) lead the Pilots in 2021.

Women’s Cross Country
The women will look to rebound from losing the program’s top runner, Emma Mott ’21, but return four of their top seven from last season, including NCCAA All-American Megan Cooper (JR). The Pilots finished runner-up in the NCCAA a season ago and will look to build upon that again this season.

Men’s Soccer
Receiving votes in the NAIA, men’s soccer is looking to build upon an impressive 2020 campaign, which saw them qualify for the NAIA National Tournament and finish runner-up in the NCCAA National Championship. Sixteen-goal scorer Matheus Santiago (SR) returns to lead the offense, while Franklin Joyce (SR) will get his chance in net on the back end.

Women’s Volleyball
An NCCAA National Championship and NAIA National Tournament appearance in 2020 has this team looking for more in 2021, returning all but one major contributor from a season ago. Maddy Payne (SO) and Isabelle North (SO) return for their sophomore seasons after earning NAIA All-American status a season ago.
The duo went 1-2 in the NAIA in total blocks last season.

Bowling
The Crossroads League (CL) has officially added bowling as a sanctioned sport so the Pilots will make the move from the Wolverine-Hoosier Athletic Conference to the CL this season. Myles Moser (JR) and Reed Ellis (JR) return to lead the men’s group for their third seasons and rank 1-2 in program history in total pins and games played, while Lauren Jackson (JR) and Erika Toops (SO) lead the women with Jackson as the program’s top pin-getter.

ESPORTS
The Pilots quickly acclimated themselves to the world of esports in year one, finding success in Rocket League and Super Smash Bros. Ultimate almost immediately, while the Overwatch team progressed as the season went along. Director Dan Wort has added League of Legends to the lineup this year and looks to continue the early success and build upon that foundation.

Women’s Indoor Track and Field
The reigning Crossroads League Indoor Champs are ready to repeat their title in 2021-22. The Pilots return 19 performers who would have qualified and competed for an NCCAA Championship had it not been cancelled, due to COVID-19, and the young group should be a fun team to watch progress as the season goes on.

Men’s Basketball
The upstart Pilots shocked the NAIA basketball world with a win over No. 1 Indiana Wesleyan to advance to the NAIA National Championship Quarterfinals, as one of the final eight teams standing during the 2020-21 season. Despite losing All-American TreVion Crews ’21, the Pilots return every other major contributor and will welcome the return of Zac Owens (SR) and Garrett Suedekum (SR) from season-ending injuries, which hampered the Pilots’ depth last year.

Women’s Basketball
A stellar recruiting class has coach Doug Porter’s hopes high to return to the run-and-gun system he is famous for. The Pilots bid adieu to Kelsey Brickner ’21 and Jessica Erwin ’21 but welcome a roster that boasts 10 of 18 women standing at least 5-foot-10-inches tall or taller.

Competitive Cheer
The Pilots won their first two competitions in program history in 2020-21 and will look to improve on that number from last season after a fourth-place finish in the Crossroads League. They set a program record for average points scored per competition a season ago at
70.42.

For more sports updates and the latest stats, visit the official home of Bethel Pilots at BUpilots.com.